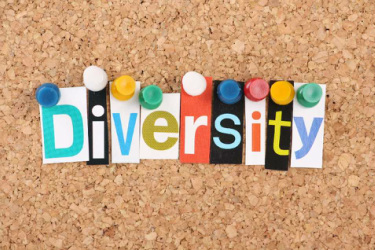 Our members are involved in a variety of work related to diversity. To facilitate collaboration and consultation between members, the Diversity SIG has a listserv. To post a message to the listserv, click on the button below. Please note that this listserv is moderated by the SIG chair and is only for SIG member use.

In addition, a copy of our member roster is available to any Diversity SIG member at their request. To request a copy of the roster, please click the button below.

Celia Lescano In the Spotlight: Highlighting the Work of Our Members

​In 2002, during Dr. Tony Spirito’s SPP Presidency, all APA Divisions were required to initiate a “Diversity Committee or Workgroup” that would lead the divisions in attending to issues of diversity among its membership and with regard to the diversity of the populations they served. Dr. Spirito asked Dr. Celia Lescano to lead the formation of the Committee and to decide how such a committee could be of benefit to, as well as benefit from, SPP. Having been a part of initiating a Diversity Committee at the Brown University Clinical Psychology Training Consortium in 2000, Dr. Lescano was familiar with initiatives that could promote awareness of issues of diversity in clinical psychology training, but there was no blueprint for how to generate such initiatives for a national organization such as SPP. For the next 2 years, Dr. Lescano polled many of the other APA divisions and found that they were equally stymied by how to generate interest in and promote diversity initiatives on a national level. Due to a maternity leave, Dr. Lescano stepped down from the leadership of the Diversity Committee in 2005 and it was regenerated in 2007 under the Presidency of Dr. Lori Stark, with Dr. Monica Mitchell and Dr. Nabil El-Ghoroury co-leading the committee.  As indicated in the last Diversity Spotlight, Dr. Mitchell re-energized and re-organized the Committee, paving the way for the fantastic Committee that now thrives and leads the way as a model for other APA Divisions.

In 2009, the members of SPP approved a bylaw to make the position of Member-At-Large for Diversity a standing, elected member of SPP’s Executive Board. Dr Lescano was voted to this position and was the first to serve from 2010-2012. In 2015, she was awarded the inaugural SPP Award for Distinguished Contributions to Diversity in Pediatric Psychology. Dr. Lescano has also received Diversity Awards from the University of South Florida (USF), as she continues her commitment to diversity and inclusion on a local level. In fact, in 2015, she also initiated a Diversity and Inclusion WorkGroup in the College of Behavioral and Community Sciences (CBCS) at USF that aims to identify and address needs within the college. Under Dr.Lescano’s leadership, the WorkGroup developed and administered climate surveys for faculty, staff, and students of CBCS, and in 2017, the WorkGroup became an official Committee within the College by a majority vote of the Faculty Council.

In addition to these service activities regarding Diversity and Inclusion initiatives, Dr. Lescano remains committed to conducting research that examines health disparities among minority and underserved populations. Her federally-funded research has focused specifically on ethnic, linguistic, and sexual minority populations, with the ultimate goal of health equity for all. She is frequently called upon to provide consultation regarding recruitment of minority populations into randomized controlled trials as well as the examination of cultural factors in all types of research inquiries.

Dr. Lescano enjoys mentoring students, advanced trainees, and junior faculty in the conduct of research and takes particular pride in mentoring those minority trainees and faculty who move on to mentor others and win awards for doing so with excellence and humility.